Electric Current is a very important Science topic which holds importance at this stage as well as in  higher grades. In order to get help regarding the textbook questions for this chapter, students can refer to NCERT Solutions for Class 7 Science Chapter 14. These are clear and concise solutions to the textbook questions. Students can use these to understand how to solve each question given in the textbook with the help of thorough explanations and illustrations. One can  find these solutions from the link provided below.

Electric current is a stream of charged particles travelling across a conductor or space. Previously, students have been introduced to the concept of Electric current. In this chapter, students will learn how to construct circuit diagrams, represent electric components with symbols, the heating impact of current, the current flowing across a wire, electromagnets and many more interesting things.

A list of topics covered in this chapter is shown below:

Why do we Need to Refer to NCERT Class 7 Science Chapter 14 Solutions?

Preparation for exams is always incomplete without solving NCERT Solutions. Many exam questions both in school exams and boards follow a very similar pattern as the questions in NCERT books. Plus solving NCERT questions gives students a better understanding of the concepts they have studied in the chapter.

With accurate and concise answers, students will be able to understand how they should approach each kind of problem. If students ever get stuck on a question, they can always refer to NCERT Solutions by Exramarks.

Students will find many other benefits to NCERT Solutions by Extramarks such as:

Helps to Achieve Goals Without any Hassle

Practising NCERT questions  is key to score  better in exams. NCERT solutions by Extramarks will provide students the right study material they need when they are practising and preparing. Even a quick reading of these solutions right before the exam will help students score higher.

Study at Your Comfort Level

Students can access these solutions and study without any hassle. . This gives students the comfort of studying at their own time and pace.

Why do we Need Extramarks NCERT Solution for Class 7 Science Chapter 14?

Extramarks is India’s most reliable and accountable educational platform for students. One of Extramarks’s main goals is to help students study properly. As a result, they provide many solutions for each class based on CBSE guidelines. You can always get the solutions from the official website of Extramarks at any time.

The electrical components and their relation with each other shown above can be represented by following circuit diagram:

Q.3 Fig.14.22 shows four cells fixed on a board. Draw lines to indicate how you will connect their terminals with wires to make a battery of four cells.

The correct connection of the terminals of four cells with wires to make a battery is as follows, in which positive side of one battery to the negative side of the other:

Q.4 The bulb in the circuit shown in Fig.14.23 does not glow. Can you identify the problem? Make necessary changes in the circuit to make the bulb glow.

The bulb in the given diagram does not glow because positive sides of the cells are shown connected to each other. Rearrange the cells in a manner that negative side of one cell comes in contact with positive side of the other. By reversing the sides of cell, the circuit will complete and bulb will glow.

The two effects of electric current are as follows:

Q.6 When the current is switched on through a wire, a compass needle kept nearby gets deflected from its north-south position. Explain.

The deflection of compass needle in north-south position indicates that as soon as current is switched on through a wire, a magnetic field develops around it. Due to this magnetic field, the wire acts like a magnet which has north and south poles. Formation of magnetic north and south poles deflects the compass needle in north-south position.

Q.7 Will the compass needle show deflection when the switch in the circuit shown by Fig.14.24 is closed?

Yes, compass needle will show deflection when switch is closed in the given circuit.

(1) Longer line in the symbol for a cell represents its positive terminal.
(2) The combination of two or more cells is called a battery.
(3) When current is switched ‘on’ in a room heater, it produces heat.
(4) The safety device based on the heating effect of electric current is called a electric fuse.

Q.9 Mark ‘T’ if the statement is true and ‘F’ if it is false:
(a) To make a battery of two cells, the negative terminal of one cell is connected to the negative terminal of the other cell. (T/F)
(b) When the electric current through the fuse exceeds a certain limit, the fuse wire melts and breaks. (T/F)
(c) An electromagnet does not attract a piece of iron. (T/F)
(d) An electric bell has an electromagnet. (T/F)

Q.10 Do you think an electromagnet can be used for separating plastic bags from a garbage heap? Explain.

Plastic bags are not magnetic substances and thus, electromagnets cannot be used for separating them from garbage heap.

Q.11 An electrician is carrying out some repairs in your house. He wants to replace a fuse by a piece of wire. Would you agree? Give reasons for your response.

Q.12 Zubeda made an electric circuit using a cell holder shown in Fig. 14.4, a switch and a bulb. When she put the switch in the ‘ON’ position, the bulb did not glow. Help Zubeda in identifying the possible defects in the circuit.

The possible defects which may be found in Zubeda’s circuit are as follows:

1. The terminals of cells are not connected to each other in the correct manner.
2. The connections of wires are loose.
3. The bulb used may have fuse.

You will gain extra help on how to structure your responses and the correct format that should be followed while answering questions during final examinations as per the CBSE standards if you use NCERT solutions.

2. Where can I get the solution to chapter 14 of Science for class 7?

3. In Chapter 14 of Class 7 Science, what are the effects of electric current? 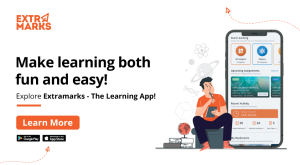 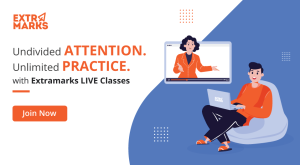